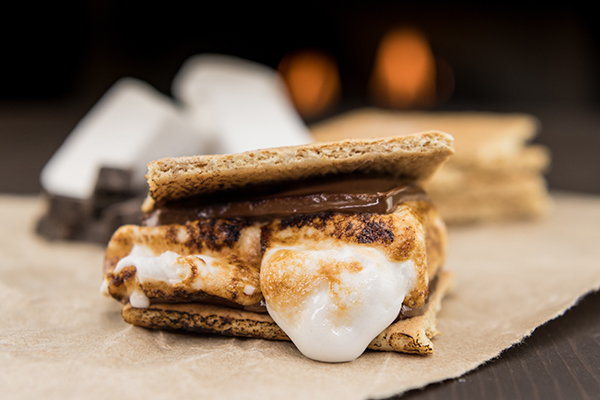 While writing Marshmallow Malice, the fifth novel in the Amish Candy Shop Mysteries, I was surprised at how many ways that marshmallow could be used. More surprising not all of those ways are to eat them. Most are, of course, but I was surprised to learn that marshmallows could be used in both edible and inedible ways. I’ve compiled a list of my favorites. However, I am certain that Bailey King and the rest of the ladies at Swissmen Sweets would only like to see marshmallows be used in candy and sweets. 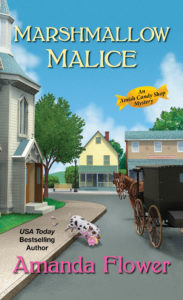 Caught in a sticky situation . . .

With Juliet Brody and Reverend Brook tying the knot in Ohio’s Amish Country’s most anticipated nuptials of the year, Bailey King is determined to do everything in her power to make the event a sweet success. Except midsummer heat waves and outdoor ceremonies don’t mix, and an exasperated Bailey soon finds herself struggling to fulfill bridesmaid duties and keep her stunning marshmallow-frosted wedding cake from becoming a gooey disaster. Then much to everyone’s shock, the entire ceremony crumbles when a guest drops dead, and the cause isn’t sunstroke . . .

Turns out, the uninvited victim came equipped with lots of dirt on the devout reverend’s hidden past. As Reverend Brook tops the murder suspect list on what should have been the happiest day of his life, Bailey and her sheriff’s deputy boyfriend vow to clear his name. Can the duo boil down a series of baffling clues before Juliet considers her marriage a bad mistake—or the killer whips up another deadly surprise?