I spent a lot of time researching scientific inventions to keep my brilliant heroin, Diana in A Lady’s Past busy. Diana is a scientist of rare talent that she inherited from her father. It was his special talent with rockets that got the family into trouble.

In the course of research some things make it into the book and some do not. I’ll let you find out for yourself which of my list made the cut.

It’s fascinating to look back and think what people did without. Kind of like growing up in the 1970s and 1980s without cell phones.

In A Lady’s Past you’ll see some of these inventions at work. 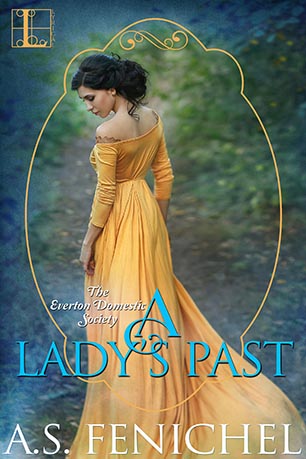 The greatest risk—for the sweetest reward…

His fiancée’s betrayal nearly cost Jacques Laurent everything. Despite his resolve not to trust anyone again, he can’t abandon the young woman he finds alone on the road to London. In the brief hours they spend together, the enigmatic Diana touches his heart in a way he can’t explain. Even after bringing her to the Everton Domestic Society for safekeeping, he can’t get her out of his thoughts. And when he next encounters her, working as assistant to a renowned scientist, he becomes even more intrigued…

The Society’s kindness is especially welcome after everything Diana endured in a French prison, but she fears for the safety of those who get close to her. French spies are on her trail, convinced that her scientific knowledge can help them win the war. As peril draws them irrevocably together, Diana and Jacques succumb to mutual desire. But love may be the most dangerous pursuit of all, when a lady guards her heart even more carefully than she guards her life . . .