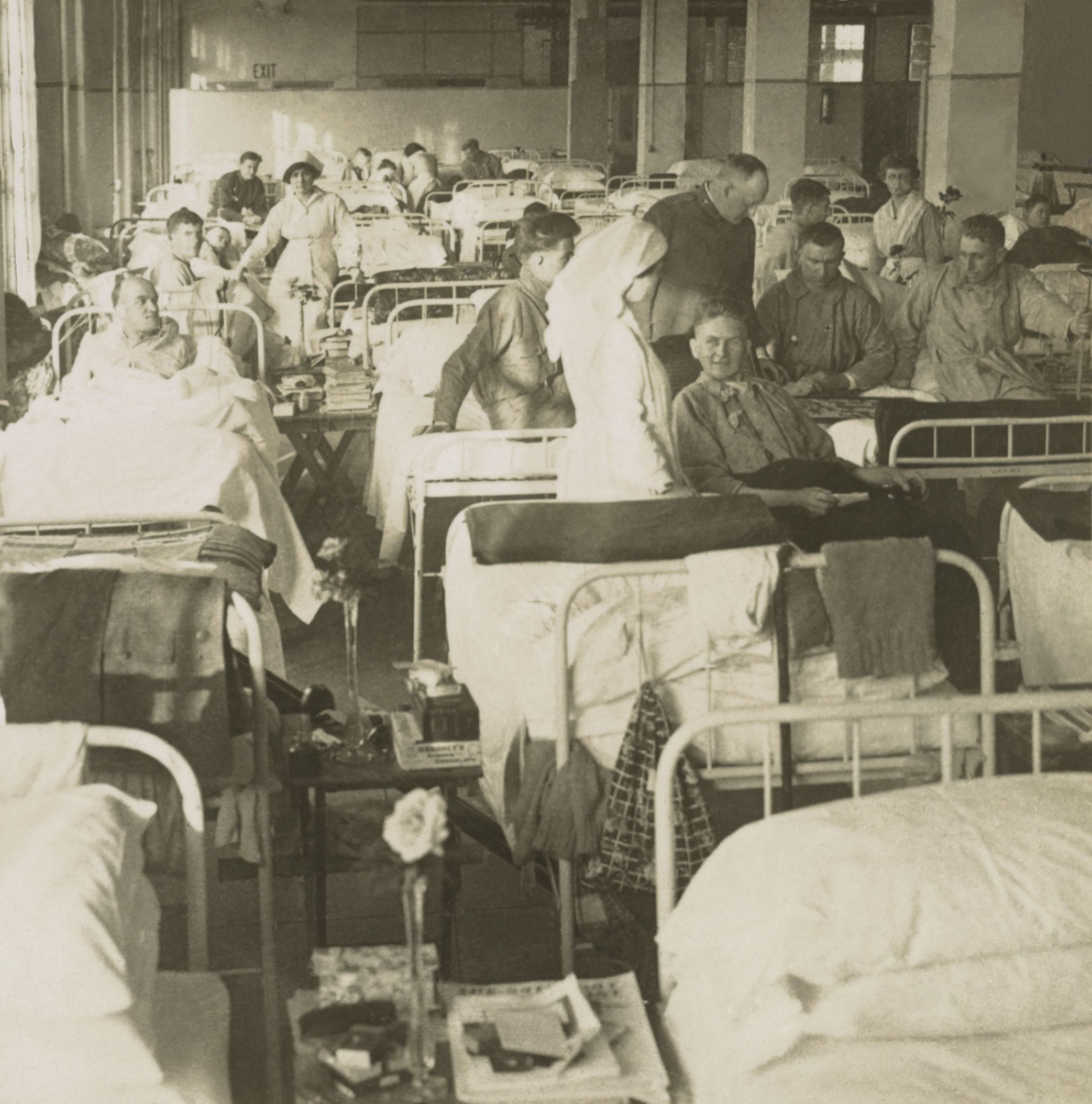 1. During World War I, thousands of soldiers returned from the various battlefronts having been completely blinded or suffering from severe vision impairment. Eye injuries were most often caused by gunshot wounds, shell explosions, trauma, and poisonous gas. To help these men to recover and adjust to their new circumstances, The Blinded Soldiers and Sailors Care Committee, more commonly known as St. Dunstan’s, was established. St Dunstan’s strove to provide care and vocational training rather than simply charity, so that blinded men—and even a few women injured while serving in a support capacity near the fronts or at munition factories—could lead useful and independent lives. Depending on their class, skills, and desired future occupation, they were instructed in Braille, typewriting, boot-making, mat and basket-making, joinery, poultry-farming, market gardening, or massage.

2. Many people are aware of the mental and physical strain on the soldiers during the Great War, but few contemplate the difficulties faced by their families back home. Those at the Home Front were expected to simply bear up and carry on, leading some to seek relief from their constant fear and anxiety from other sources, including alcohol. There were a number of instances of soldiers begging for leave from their commanding officers because they had learned their wives had turned to drinking. And yet society scorned these women for their perceived weakness, just as they scorned shell-shocked soldiers.

3. Many large homes and manors were requisitioned from their owners for use by the government during the war. These buildings were utilized as hospitals and rehabilitations facilities, schools, and housing for various military units. There were many notable incidences of damage caused to these ancient homes by their war-time inhabitants, especially when those residents were rowdy young men preparing to be sent off to battle.

4. Britain is littered with hundreds of sites bearing testament to its era of Roman occupation. These ruins vary from the enormous expanse of Hadrian’s Wall to the little known remnants of marching camps. Extraordinary floor mosaics from Roman villas have been uncovered in churchyards and dug up in windswept fields by plows. The remains of Saxon shore forts still dot the southeastern coast and treasure hordes continue to be unearthed in various corners of the island.

5. Many aristocratic families struggled to keep their estates following the war because of the soaring rate of death duties, which compounded the financial loss many landed families had experienced for decades as the economy shifted from agricultural to industrial. Because of this, hundreds of country manors and grand London addresses were put up for sale during the years following the war. They were sold to the nouveau riche, wealthy Americans, or corporations who transformed the buildings into businesses and institutions or tore them down and rebuilt. For all their rights and privileges, noble titles and vast estates were no longer the guarantees of wealth and prosperity they had once been.

In the aftermath of the Great War, the line between friend and foe may be hard to discern, even for indomitable former Secret Service agent Verity Kent, in award-winning author Anna Lee Huber’s thrilling mystery series.

Peacetime has brought little respite for Verity Kent. Intrigue still abounds, even within her own family. As a favor to her father, Verity agrees to visit his sister in Wiltshire. Her once prosperous aunt has fallen on difficult times and is considering selling their estate. But there are strange goings-on at the manor, including missing servants, possible heirloom forgeries, and suspicious rumors—all leading to the discovery of a dead body on the grounds.

While Verity and her husband, Sidney, investigate this new mystery, they are also on the trail of an old adversary—the shadowy and lethal Lord Ardmore. At every turn, the suspected traitor seems to be one step ahead of them. And even when their dear friend Max, the Earl of Ryde, stumbles upon a code hidden among his late father’s effects that may reveal the truth about Ardmore, Verity wonders if they are really the hunters—or the hunted . . .