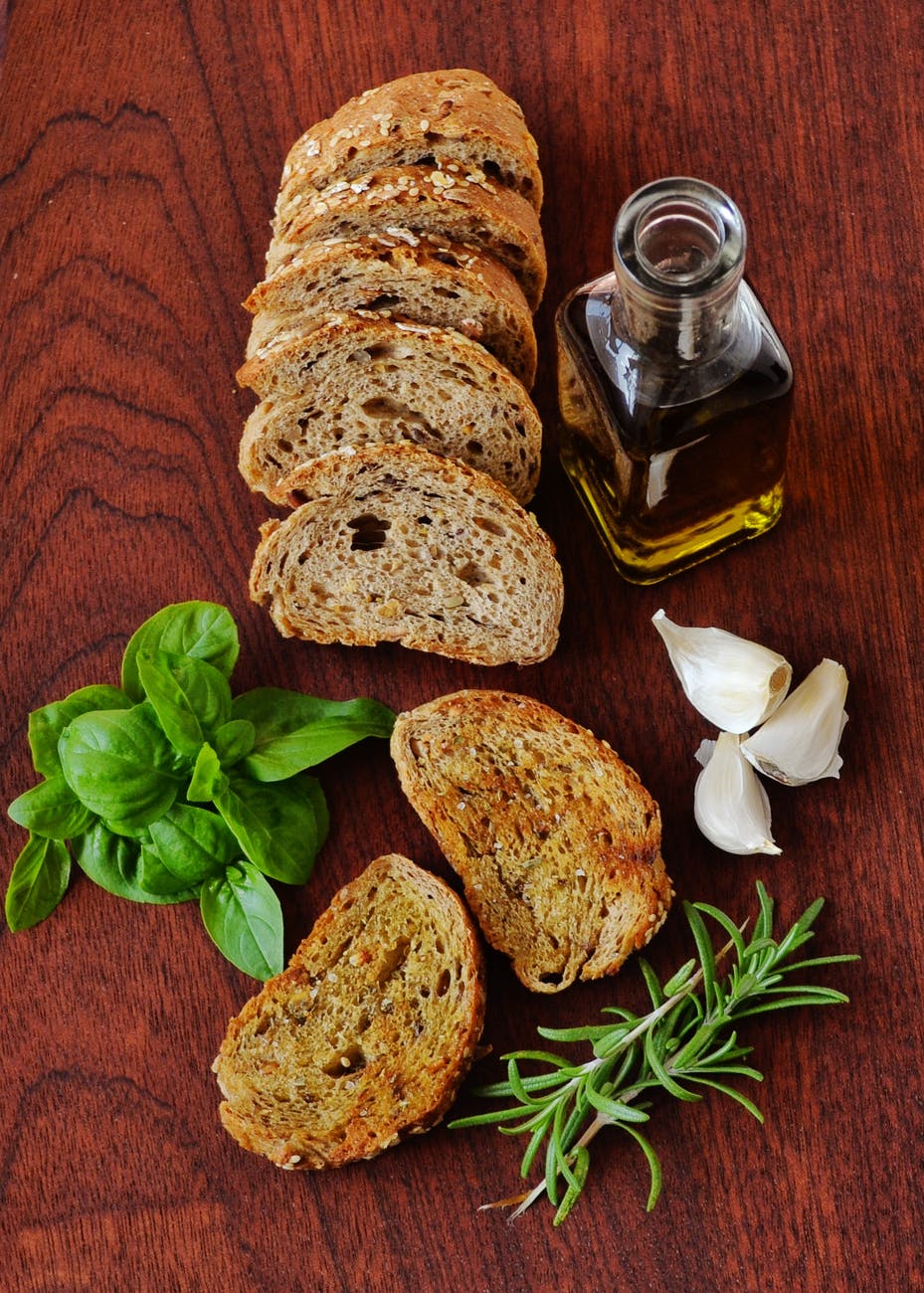 The original draft of SIX CLOVES UNDER, in addition to having a really terrible title, didn’t have any recipes. My amazing agent, Rachel Brooks, not only brainstormed a better title with me, but also suggested I should add some recipes before she sent the proposal out to publishers.

One big problem: I didn’t have any garlic recipes.

It’s not that I never use garlic. Pretty much every night I start the evening meal by peeling and chopping a bunch of garlic. And then I figure out what else is going into the pan.

I don’t just cook with it; I grow it. For the last twenty years, I’ve harvested enough for my household, my tenant’s household and my next-door neighbors’ extended family. In addition to the hundred or so heads that grow in the main garden, thousands more grow wild in odd spots around my yard wherever bulbils (sort of like seeds) have fallen. These volunteers heads are perfectly edible, but tend to be tiny since they’re often squeezed too close to each other and are frequently in shady or other less-than-ideal locations.

One fall, I decided it was time to clear out a particular three-by-six-foot area that had been taken over by these volunteer garlic plants, so I could grow something else there. (Okay, so I was also going through a difficult time and was really angry with the whole world and digging in the dirt was a great, socially acceptable way to vent my aggression. No dead bodies in my little garlic farm.) I spent WEEKS getting every single little bulb out of there. There were millions of them. Maybe billions. I ate some, I gave away some, and I transplanted some. But mostly I was just happy that I had a fresh empty bed to grow something new in.

But the next spring, my supposedly garlic-free area was covered with fine green sprouts, as thick as any newly planted lawn. I swear, there were more plants after my purge than before it. I still have no idea how I missed so many, but I accepted that there would never be anything but volunteer garlic in that bed. Ten years later, and it’s still growing strong.

So, I have plenty of experience with garlic, both growing and eating, but that doesn’t mean I have actual recipes. I couldn’t let down my agent though, so I reconstructed some of my favorite uses for garlic, and they’re now included in the book: roasted garlic bread, garlicky chicken and rice, and pickled garlic.

The roasted garlic bread recipe is for when I want to do something special. It’s a yeast bread, garlic needs to be roasted first to add to the dough before baking the bread, so while it’s not difficult, it does take a good bit of time and advance planning. For more impulsive moments, when I have a sudden craving for garlic bread, I keep garlic butter and Italian bread in the freezer. And now you can too, with my latest reconstructed recipe!

5-10 (depending on size) cloves of garlic, peeled and minced

Mix all the ingredients until smooth.

For immediate use, spread on sliced Italian bread and heat in a 350-degree oven for about twenty minutes. Refrigerate for up to two weeks or freeze for longer storage. The entire batch can be frozen in a straight-sided canning jar (like a jelly jar, not the kind that has curved shoulders that narrow at the opening). Defrost the jar slowly (in refrigerator or on counter), NOT in the microwave or the glass will break. I prefer to freeze it in smaller portions for quicker access when I get a sudden urge for garlic bread or want to make just a few slices, not a whole loaf. The easiest way to do this is to freeze the garlic butter in an ice cube tray or muffin cups. Once the butter is solid, pop it out of the tray/cups and store in a zip-bag. The individual pieces can then be defrosted in the microwave. 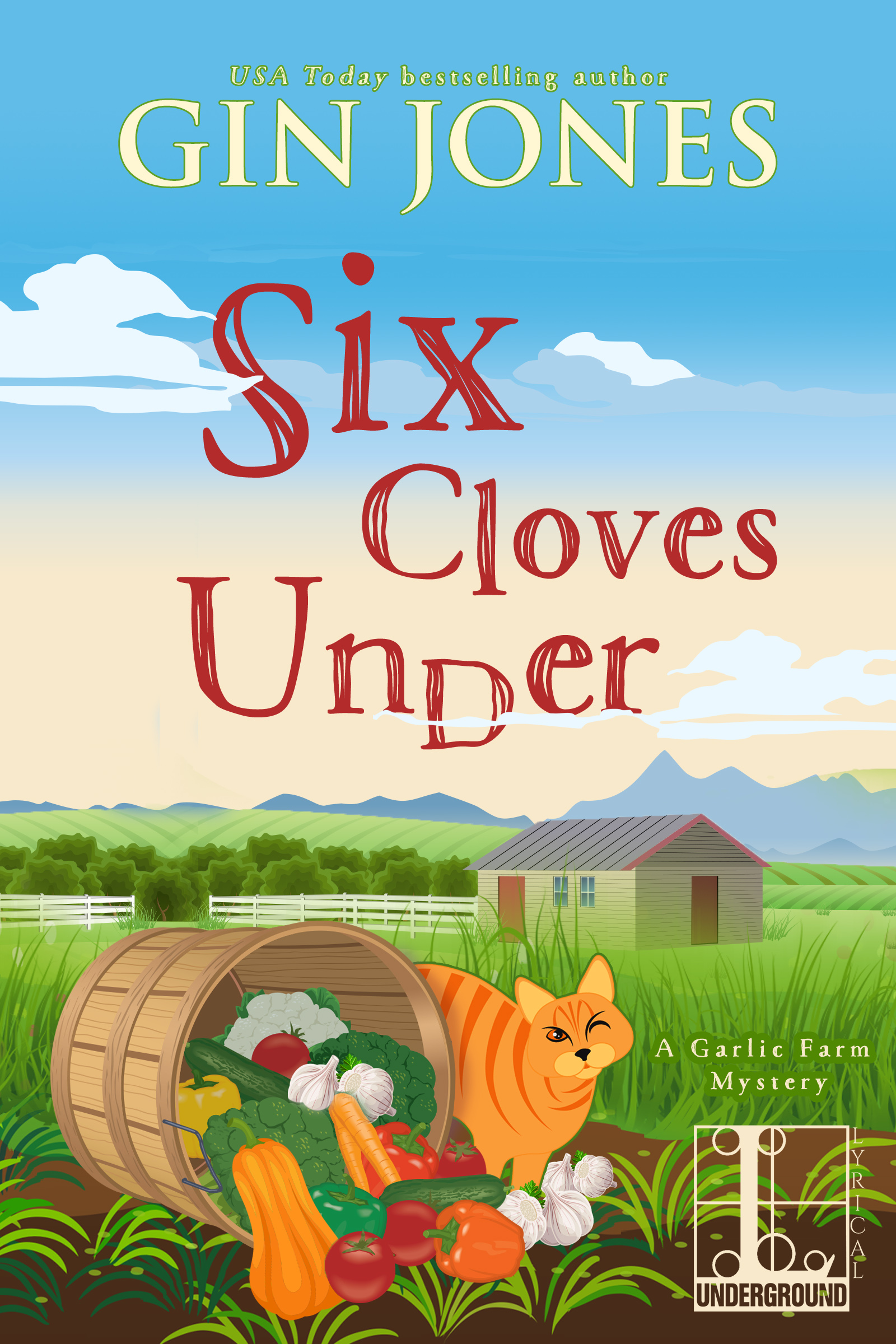 App developer Mabel Skinner is about to discover something rotten on her late aunt’s garlic farm—and it’s not the compost heap . . .

Mabel doesn’t know a stinkin’ thing about garlic farming. She knows how to develop an app and how to code. But when her aunt, Peggy Skinner, dies suddenly, Mabel inherits her Stinkin’ Stuff Farm in western Massachusetts. She arrives during peak harvest time—with three days to bring in the entire crop before rain can destroy it.

But Mabel has an even bigger problem: she suspects her aunt’s “accidental death” was murder. As she digs for both garlic and clues, Mabel must contend with a mysterious crop thief, a rival garlic grower her aunt was suing, and a farmer who was after Aunt Peggy’s green-thumb secret. It’s up to Mabel to crack the code on a killer, before she joins the garlic bulbs six cloves under . . .