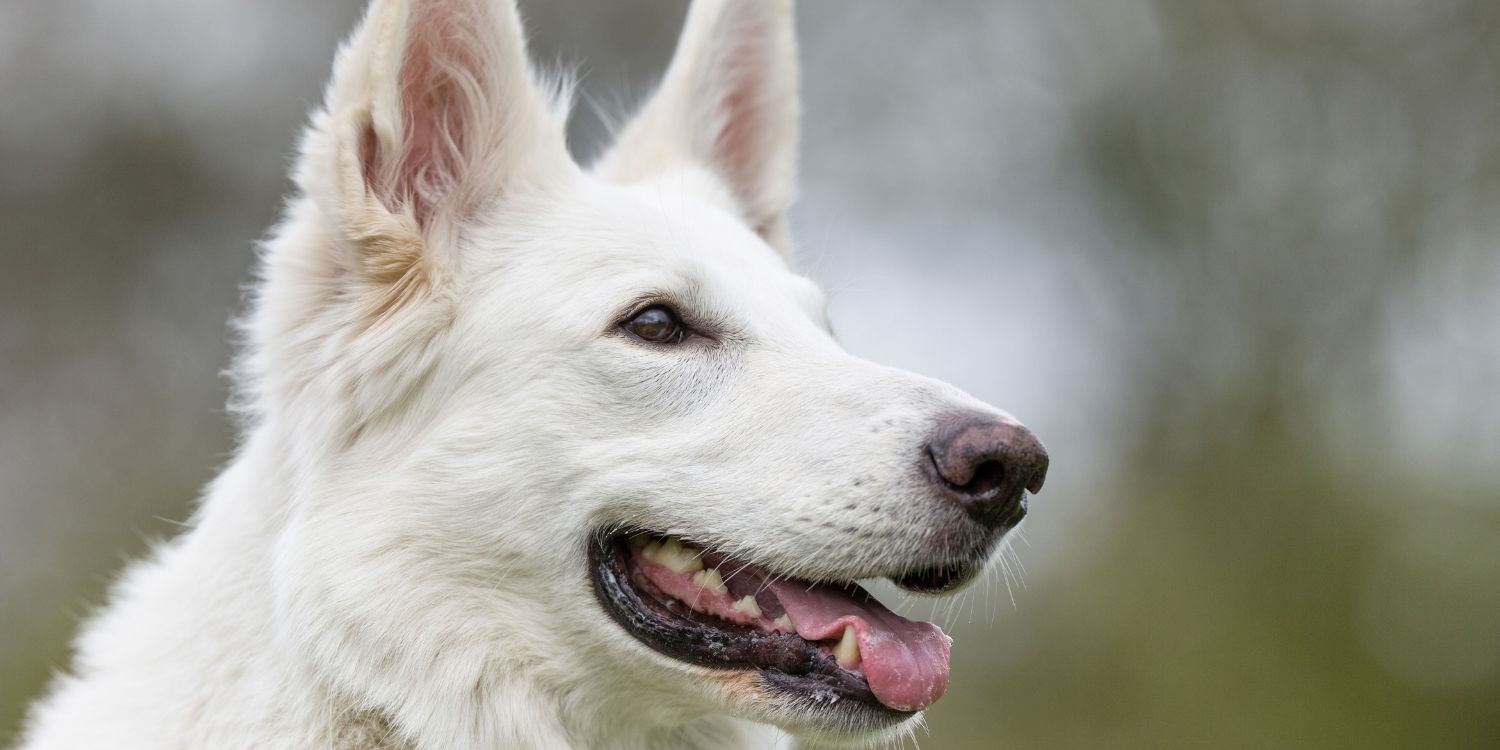 K9, but not really K9 and definitely not Romantic Suspense…

As mentioned in my first blog post, if you’ve been following my Arizona K9 series, you already know that these books are far more contemporary romance than romantic suspense or romantic police suspense.

For those that haven’t read any thus far…well give me a moment to set the expectation straight.

It’s understandable that most readers equate K9 books in the romance world as being Romantic Suspense, however this series is not. They are however, hands down, contemporary romance.

The three books follow three friends, who also happen to be K9 officers, as they find their true love and struggle to make it work.

Right about now, you might be thinking, then why are they labeled or marketed as K9? Why not pick something else? However, based on the reviews for book two, and some on book one, readers felt like they didn’t get what they thought they were getting. Naturally, as the author of said books, this is upsetting.

Now, I know I can’t please everyone. Not everyone is going to like my books, or my writing style, and that’s one-hundred percent okay. But when a reader is upset because they thought they were getting Romantic Suspense but what they really got was Contemporary Romance with a high heat level, it’s another.

That’s a problem. A big problem. And I want to set the record straight.

Hopefully, if you choose to read the third and final book in the series, you’ll do so with a different expectation in mind, or a more accurate one, rather.

So, here’s what happened…

A couple of years ago, my awesome editor asked me to plot and write up a proposal for something a bit more mainstream than my typical books—I tend to be a bit edgy in my voice and stories. I’ve been told this countless times, and that’s okay too. Again, I’m not everyone’s shot of whiskey or cup of tea.

In response, I asked her what was “in” or “selling” right then? This was a couple of years ago, and at that time, law enforcement, firemen, military, pets…things like that were selling well.

My brilliant idea was: a K9 officer and a veterinarian. So, I plotted and wrote a proposal for a story about how a timid, slightly awkward, veterinarian would get involved with a police officer because she was taking care of his K9. Boom. Done. Easy peasy.

My editor took it to a publisher she was working with at the time, and they weren’t interested. All good. It happens.

But then, because she was also doing some contract editing work for Kensington’s digital line, Lyrical Press, she also submitted it there. And the Sr. editor (at the time) loved it! He loved it so much he asked if I could write three and just…go with the K9 theme.

Well, I have to be honest, when a publisher tells a still pretty unknown author, who’s also north of 6 books published, they want them to write three books for them? Said unknown author doesn’t say no. Said author says: YES! OF COURSE I’ll write THREE! A K9 theme will be great!

And then later, said author says to herself: Ohmigod! LOL! What the hell did I just get myself in to?

After I finished freaking out, I of course had to write that first book. Avoiding the Badge was born. It went pretty well too. The story is sweet, and definitely not my typical edgy voice. The reviews were pretty good. I did include some police work, and I tried to make sure the dog was present for as much of the book as I could, but it’s still wasn’t romantic suspense.

Then came book two…Redeeming the Badge. And with that my edgy side came back to life!

Book two is near and dear to me for two reasons. The first is because the heroine, Heather, has major fertility issues, and because she cannot come to terms with those issues, her life has fallen apart. Heather is a broken, complex character and they are my absolute favorite to write.

Fertility is a touchy subject to write about. For some women, it’s a serious trigger and they won’t be able to read this book. That’s okay. For others, they may want to read because they too have struggled and will be able to connect and identify with Heather. My sister suffered the same fertility issues and sadly, it led her down a very dark path, one she never emerged from.

The second reason the book is special to me is because its dedicated to my sister. She doesn’t know that, I never told her and then tragically, I lost her in November of 2019. As I said, she never emerged from the dark.

It’s serious, contemporary romance. There is a little bit of police work, and the K9 is present throughout, but again, this is nowhere near romantic suspense. Regardless, there is a happy ending. There has to be! Heather does find the light again, and if her journey helps even one woman feel less alone in her own struggles, then that’s more than I can ever ask for.

Problem was, the cover kind of screamed romantic suspense, K9 and although I feel it’s a really strong book, the reviews say different. Readers were really unhappy to find no romantic suspense and no police work, and even more shocked by the high-heat level.

Needless to say, I was feeling a bit (actually a lot) discouraged when it came time to write the third and final book, Trusting the Badge. Worse, book three was one that the readers who did enjoy one and two were waiting for because it was Jeff and Tish’s story!

I had to write this book, but I was seriously worried the same thing would happen. I did not want to disappoint readers, and I really didn’t want to compromise the story by trying to force it to be suspense. I was stuck between a rock and a hard place.

Well, I’m happy to report that before I started writing again, the publisher and I had a long discussion on how we could revamp the series. First thing was new covers. I cannot adequately express how much I love these covers! They are so beautiful I could cry. Second was promotion of the book and the series, as well as targeting a more contemporary audience.

With a solid plan in place, I was free to write Jeff and Tish’s story. I will warn you now, there isn’t any police work, but the dog is there throughout. I mean, how could he not be, he’s Jeff’s partner!

I want to add, I’m very grateful to the team at Lyrical for their willingness to work with me on this series to see if we could salvage it. To be honest, they’ve been patient with me throughout all three books, and I’m very appreciative.

In the end, I love the story that emerged in Trusting the Badge. I love how Tish and Jeff are with each other. I love the growth that Tish goes through, because yes, if you haven’t already guessed, she’s a broken and complex character. And I love that my usual, edgy style and voice was allowed to shine through.

I just hope you love it, too!

If you haven’t yet read book one, Avoiding the Badge, and book two, Redeeming the Badge, please do! There’s nothing like my “K9, but not really K9 and definitely not Romantic Suspense” novels!

Book three, Trusting the Badge, is out June 15th! But don’t forget, its available for pre-order now at all major online sellers!

For members of a police K9 Unit, partnership is everything—in work and in love.

Shuttled between her alcoholic parents and foster homes that separated her from beloved younger brother, Steven, it’s no wonder Tish Beck is a woman with trust issues. To avoid getting hurt—or hurting someone else—she’s kept her romantic life commitment-free, and that’s fine by her. Until she meets exasperatingly hot, funny, smart-ass K9 officer Jeffrey Pearl, and stupidly spends the night with him . . .

Currently single and content, Jeff’s always got his canine bestie, Rio, by his side, and loads of human friends. He enjoys the occasional close encounter, but hasn’t been tempted into anything serious. Until Tish. He’s inexplicably head over heels. Too bad she’s determined to keep him at arm’s length. But when Tish’s brother winds up in jail—again—Jeff’s glad to be the man Tish turns to for help. And with Steven back on the scene, she’ll need it. Soon Tish will have to open her eyes—and her heart—to love, and realize where, and with whom, her safety truly lies . . .