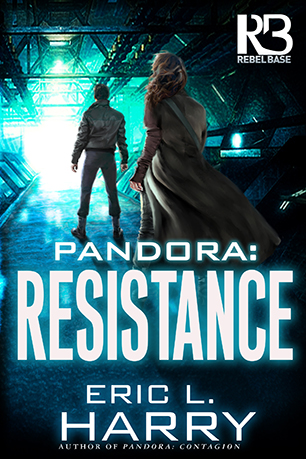 The Battle Lines Are Drawn

Scientist Emma Miller was the first American infected in the Pandoravirus pandemic, which triggers violent rages and sociopathic homicide. No longer fettered by morality or emotion, she has attracted millions of followers, both infected and uninfected. But is she America’s worst nightmare—or its only hope?

Emma’s twin sister Isabel and brother Noah struggle against the threats posed by rampant infection, deadly civil unrest, and desperate government measures. Their—and humanity’s—only chance for a future may lie in an alliance with Emma and her expanding community. Will it be peace between Infecteds and Uninfecteds, or eradication of one group by the other? While cities burn and social order crumbles, one family’s fight to survive will determine the future of civilization.

“Like Crichton and H.G. Wells, Harry writes stories that entertain roundly while they explore questions of scientific and social import.” —Publishers Weekly

“Harry’s vision of an apocalyptic plague is as chilling as it is plausible. This masterful thriller will leave you terrified, enthralled, and desperate for the next entry in the series.”—Kira Peikoff, author of No Time to Die and Mother Knows Best

“After a devastating epidemic that changes the very nature of humans, two sisters, an epidemiologist and a neurobiologist, hold the key to humanity’s survival.”—Library Journal