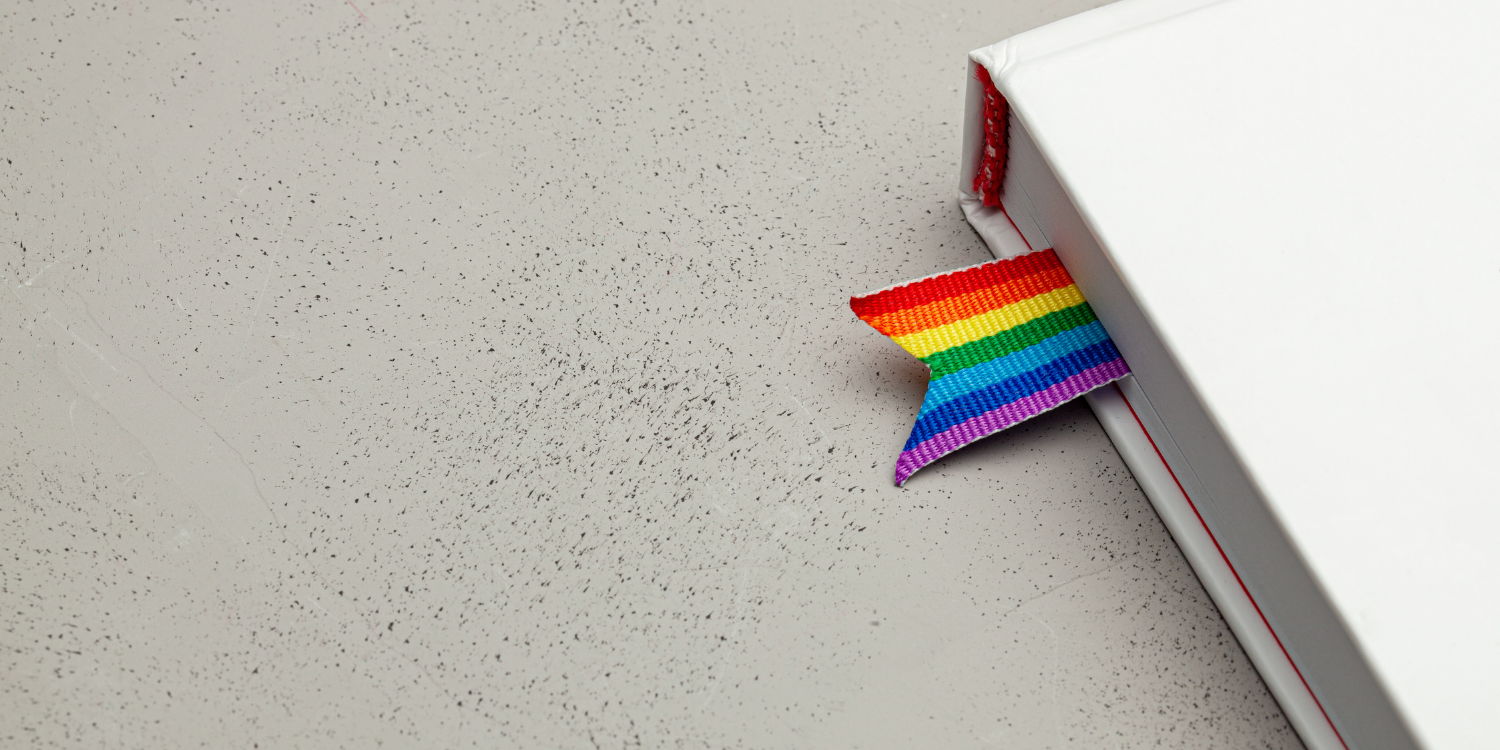 For Her Consideration by Amy Spalding

When an aspiring L.A. scriptwriter falls head-over-heels for a bossy and beautiful movie star after a devastating break-up, the two take a risk on love and cast themselves as the leading ladies of their own star-struck romance in this sweet and spirited love story.

Mistakes Were Made by Meryl Wilsner

A sharp and sexy rom-com about a college senior who accidentally hooks up with her best friend’s mom. What should have been a one-time fling quickly proves impossible to ignore, and soon Cassie and Erin are sneaking around. Worst of all, they start to realize they have something real. But is being honest about the love between them worth the cost?

A Dash of Salt and Pepper by Kosoko Jackson

Stuck between a stove and a hot place, Logan and Xavier discover an unexpected connection. But when the heat between them threatens to top the Scoville scale, they’ll have to decide if they can make their relationship work or if life has seasoned them too differently.

For Astrid Parker, failure is unacceptable. So when Pru Everwood asks her to be the designer for the Everwood Inn’s renovation that will be broadcasted on a popular home improvement show, Innside America, Astrid knows this is the answer to everything that is wrong with her life. However, Astrid never planned on Jordan Everwood, Pru’s granddaughter and lead carpenter for the inn’s renovation, who despises every modern design decision Astrid makes.

The Romance Recipe by Ruby Barrett

Amy will do anything to revive her ailing restaurant, including hiring a former reality-show finalist with good connections and a lot to prove. Sophie just wants to cook. She doesn’t want to constantly post on social media for her dead-in-the-water reality TV career, she doesn’t want to deal with Amy’s take-charge personality and she doesn’t want to think about what her attraction to her boss might mean.

The Holiday Trap by Roan Parrish

Season of Love by Helena Greer

Miriam Blum’s beloved great-aunt Cass has passed and left Miriam part-owner of Carrigan’s, her (ironically) Jewish-run Christmas tree farm. But Miriam’s plans to sit shiva, avoid her parents, then put Carrigan’s in her rearview mirror are spoiled when she learns the business is at risk of going under. To have any chance at turning things around, she’ll need to work with the farm’s grumpy manager—as long as the attraction sparking between them doesn’t set all their trees on fire first.

You’re a Mean One, Matthew Prince by Timothy Janovsky

Young, rich, and thoroughly spoiled, Matthew has been cut off and shipped away to spend the holidays in his grandparents’ charming small town hellscape. It’s bad enough he’s stuck in some festive winter wonderland—it’s even worse that he has to share space with Hector Martinez, an obnoxiously attractive local who’s unimpressed with anything and everything Matthew does.

Kiss Her Once for Me by Alison Cochrun

Finding work at a local coffee shop, Ellie’s just getting through the days—until Andrew, the shop’s landlord, proposes a shocking, drunken plan: a marriage of convenience that will give him his recent inheritance and alleviate Ellie’s financial woes and isolation. They make a plan to spend the holidays together at his family cabin to keep up the ruse. But when Andrew introduces his new fiancée to his sister, Ellie is shocked to discover it’s Jack—the mysterious woman she fell for over the course of one magical Christmas Eve the year before.

When Nar’s non-Armenian boyfriend gets down on one knee and proposes to her in front of a room full of drunk San Francisco tech boys, she realizes it’s time to find someone who shares her idea of romance. Enter her mother who convinces Nar to attend Explore Armenia, a month-long series of events in the city. But it’s not the mom-approved playboy doctor or wealthy engineer who catches her eye—it’s Erebuni, a woman as equally immersed in the witchy arts as she is in preserving Armenian identity. Suddenly, with Erebuni as her wingwoman, the events feel like far less of a chore, and much more of an adventure. Who knew cooking up kuftes together could be so . . . sexy?

Board to Death by CJ Connor

Board to Death is the first in a queer cozy mystery series featuring a 30-something professor-turned-board game shop proprietor who juggles keeping his father’s Salt Lake City-based board game shop alive, a budding romance with the handsome florist next door, and a murder that threatens the game shop’s livelihood.

Sizzle Reel follows an aspiring cinematographer and talent manager’s assistant, who after coming out as bi at 23, finds herself attracted to an ambiguously gay A-list actress who takes an interest in her career, complicated her already-complex friendship with her suave, nonbinary lesbian best friend.

A down-on-her luck twenty-something who wins the lottery and impulsively buys a tree farm to escape her ex but instead of solitude she finds a grumpy woman claiming she inherited the property, causing sparks to fly as they fight for the disastrously romantic farm.