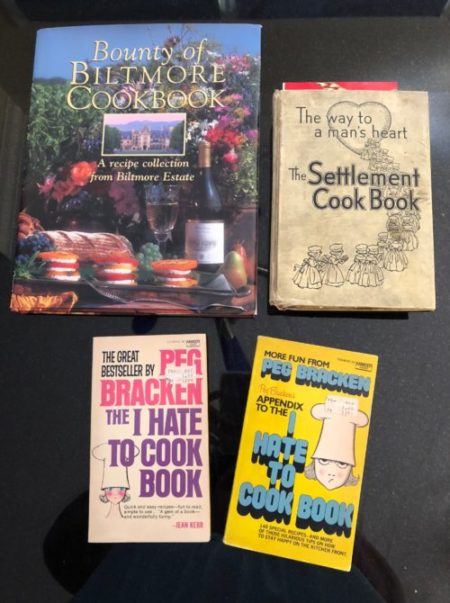 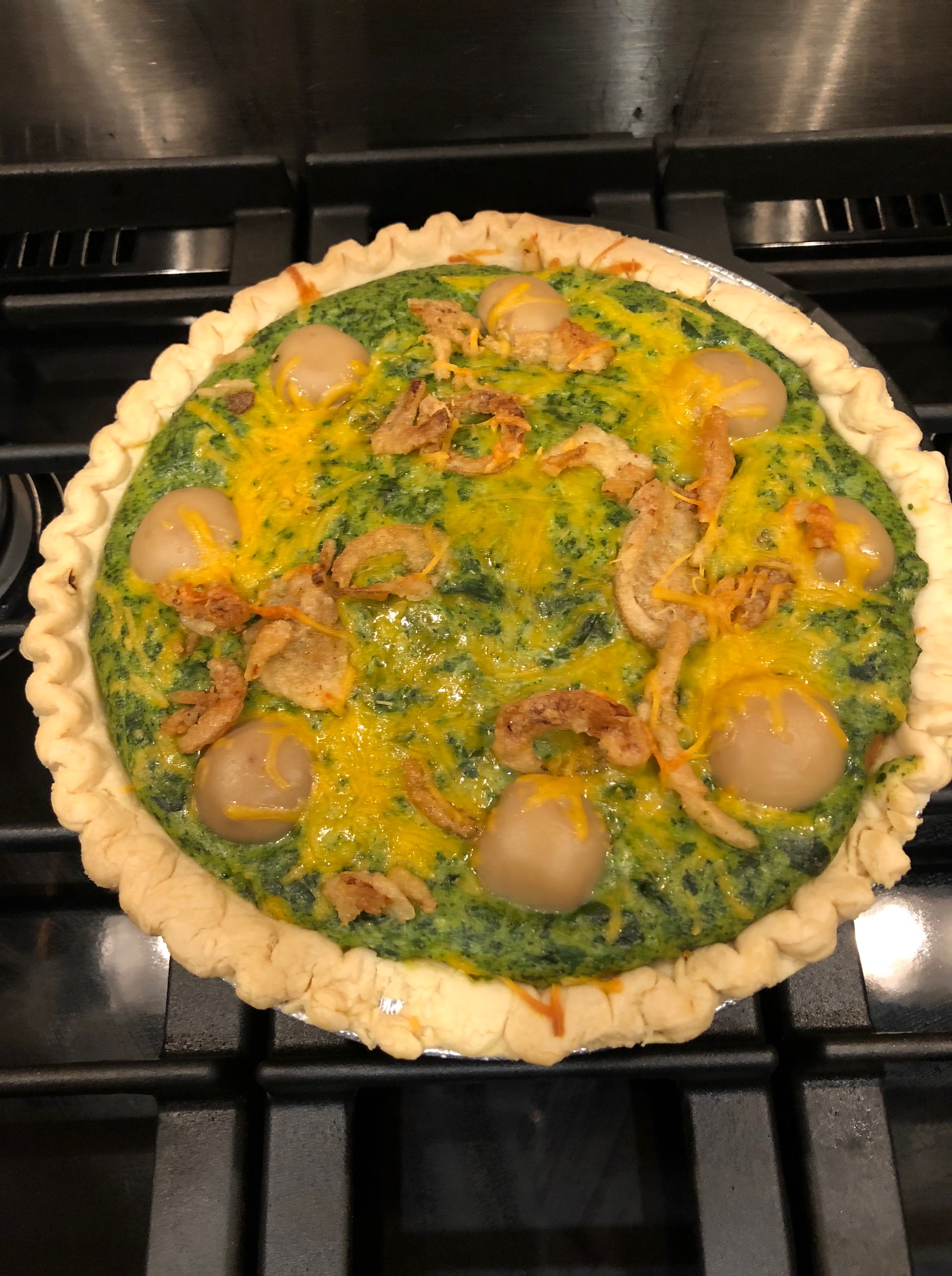 My mother was a wonder in the kitchen. Whether cooking or baking, she was a natural. I didn’t inherit her skills. If I make dinner two nights in a row, my husband suggests going out. When my son was six, he was given a reading comprehension test. All he had to do was tell the story from four pictures the examiner showed him. He flunked. He got the first three right – a family sitting down to dinner, a family eating together, and a family finishing eating, but instead of saying, “The family clears the table,” he said, “Now, they pay the bill.” I compensate for being a cook of convenience by collecting cookbooks.

Although I have staples like The Joy of Cooking, many of the cookbooks I collect stress speed and ease in the kitchen. Like Sarah Blair in One Taste Too Many, the first book in my new cozy mystery series from Kensington, I tend to select recipes incorporating pre-prepared ingredients. One that I make often is spinach pie featuring Stouffers spinach souffle. Some of my favorite cookbooks in this category include: So You Think You Can Cook, Come for Cocktails, Stay for Supper, Rachael Ray – 365: No Repeats (30-minute meals), and Better Homes and Gardens Skinny Slow Cooker. Simply because of their names, I keep Peg Bracken’s The I Hate to Cook Book and her Appendix to The I Hate to Cook Book in a prominent place in my hardly used kitchen.

When I am forced to cook, I prefer to make recipes that have good pictures. It is much easier in the grocery store to match a picture with the produce while deciding which ingredients to buy. Who knew there were so many types of squash, potatoes, beans and peppers to choose from? Almost every Betty Crocker and Better Homes and Gardens cookbook has excellent pictures.

Sometimes, I purchase a cookbook because of the story it tells. For example, the Bounty of Biltmore Cookbook contains the traditional recipes served at the Biltmore through the years, but it also references the history and workings of the Biltmore House. Other cookbooks reflect the history of the people who wrote them. To me, the food is secondary to the life stories of the cooks in books like The way to a man’s heart – The Settlement Cook Book.

In my last house, when we remodeled the kitchen to give me a pleasant path from the garage to the den, I had special shelving built to exhibit my unopened cookbooks. I thought it was only fair. My couch potato husband uses the den shelves for sports paraphernalia.

Instructions for Cooks of Convenience

Spread a layer of cheese in the bottom of the raw pie crust. Spread onions and mushrooms next. Repeat. Retain some cheese and onions to top off the pie. Place thawed soufflé in pie crust and mush it around to cover the layer below. Bake 50 minutes at 350◦ and then sprinkle remaining cheese and onions on top and finish for 7-10 minutes. Check for firmness with a toothpick. For best results, let stand for 10 minutes before cutting. Delicious as a leftover.

For culinary challenged Sarah Blair, there’s only one thing scarier than cooking from scratch—murder!

Married at eighteen, divorced at twenty eight, Sarah Blair reluctantly swaps her luxury lifestyle for a cramped studio apartment and a law firm receptionist job in the tired hometown she never left. With nothing much to show for the last decade but her feisty Siamese cat, RahRah, and some clumsy domestic skills, she’s the polar opposite of her bubbly twin, Emily—an ambitious chef determined to take her culinary ambitions to the top at a local gourmet restaurant . . .

Sarah knew starting over would be messy. But things fall apart completely when her ex drops dead, seemingly poisoned by Emily’s award-winning rhubarb crisp. Now, with RahRah wanted by the woman who broke up her marriage and Emily wanted by the police for murder, Sarah needs to figure out the right recipe to crack the case before time runs out. Unfortunately, for a gal whose idea of good china is floral paper plates, catching the real killer and living to tell about it could mean facing a fate worse than death—being in the kitchen!

Advance praise for One Taste Too Many

“Debra Goldstein whets our appetite for murder in this series debut. Scarf down a full serving of this tasty mystery as soon as you can.” —Maddie Day, bestselling author of the Country Store Mysteries

“A cozy mystery loaded with humor and heart.” —Linda Rodriguez, author of Every Hidden Fear

“Twins, murder, and mouthwatering descriptions of delicious food. One Taste Too Many is a page-turner debut of a cozy mystery that leaves you wanting more.” —Barbara Ross, author of Steamed Open