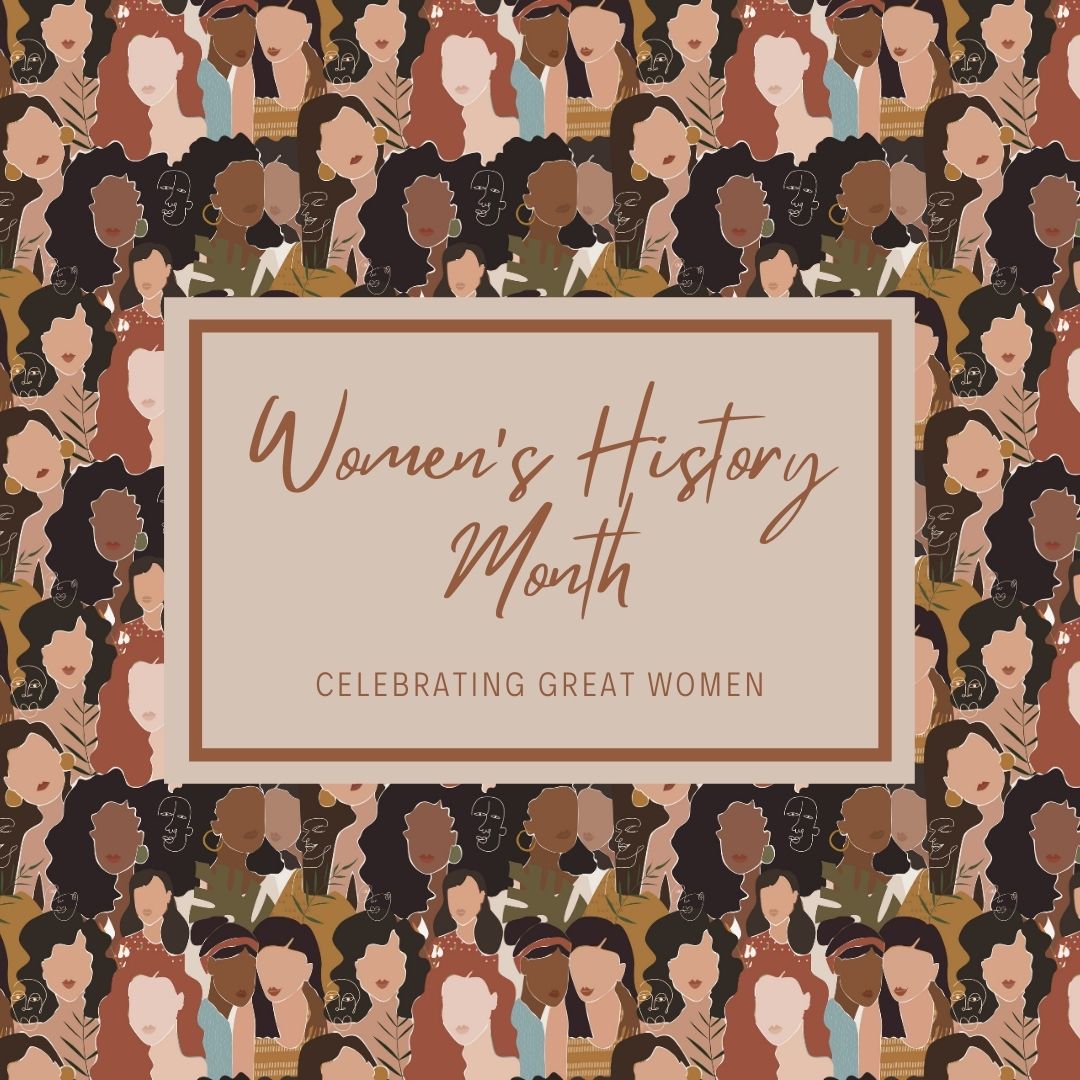 From the fictional to the historical, here are just few books about some empowering women to help you celebrate Women’s History Month this year!

Told for the very first time, the astonishing true story of three fearless female resisters during WWII whose youth and innocence belied their extraordinary daring in the Nazi-occupied Netherlands. It also made them the underground’s most invaluable commodity. Recruited as teenagers, Hannie Schaft, and Dutch sisters Truus and Freddie Oversteegen fulfilled their harrowing missions as spies, saboteurs, and Nazi assassins with remarkable courage, but their stories have remained largely unknown…until now.

The untold story of some of WW2’s most hidden figures and the heartbreaking tragedy that unites them all. Readers of Born Survivors and A Train Near Magdeburg will devour the tragic tale of the first 999 women in Auschwitz concentration camp. This is the hauntingly resonant true story that everyone should know.

Women’s Stories Based Around Real Events

The Titanic Sisters by Patricia Falvey

Spanning from rural Ireland, to New York and Texas in the early 1900s, Patricia Falvey’s The Titanic Sisters explores the relationship between two sisters whose lives take very different directions after they survive the perilous voyage from Ireland to America aboard the Titanic.

Stories of Love Through the Ages

A Duke, the Lady, and a Baby by Vanessa Riley

Before An Earl, the Girl, and a Toddler comes out, see where it all began with the first in the Rogues and Remarkable Women series! When headstrong West Indian heiress Patience Jordan questioned her English husband’s mysterious suicide, she lost everything: her newborn son, Lionel, her fortune—and her freedom. Falsely imprisoned, she risks her life to be near her child—until The Widow’s Grace gets her hired as her own son’s nanny. But working for his unsuspecting new guardian, Busick Strathmore, Duke of Repington, has perils of its own. Especially when Patience discovers his military strictness belies an ex-rake of unswerving honor—and unexpected passion . . .

Full of witty humor, Minerva Spencer weaves a tale of a forthright and unapologetically opinionated lady and the effortlessly charming rogue who find themselves thrown together by a fluke of circumstance and into a marriage of necessity. Can the wallflower and the rake find common ground in their distaste for convention and forge a lasting union?

Bound by her loyalty to her adored grandmother, Nora sets out to foil Will’s plans to potentially ruin her quirky, close-knit building with a little light sabotage. But beneath the surface of their feud is an undeniable connection. A balcony, a star-crossed couple, a fateful meeting—maybe it’s the kind of story that can’t work out in the end. Or maybe, it’s the perfect second chance . . .

If the Boot Fits by Rebekah Weatherspoon

From award-winning author Rebekah Weatherspoon comes a thoroughly modern take on the timeless tale of a struggling Cinderella who finds her prince charming at the eleventh hour–and the adventure that ensues the morning after . . . And her Cowboys of California series could be coming to a TV screen near you soon!

Sought-after social media influencer Sara Vance, in recovery from an eating disorder, is coming into her own, with a potential career expansion on the horizon. Despite the good news, her successful siblings (and their perfect spouses) have a way of making her feel like the odd one out. So, when her unreliable boyfriend is a no-show for a Florida family vacation, Sara recruits Luis Navarro—a firefighter paramedic and dive captain willing to play the part of her smitten fiancé . . . And don’t miss out on the next romance in the Keys to Love series: Anchored Hearts!

Health, Parenting, and So Much More

The internationally renowned, New York Times and USA Today bestselling author of The Vagina Bible, Dr. Jen Gunter has been called “the world’s most famous–and outspoken–gynecologist” (The Guardian), the internet’s OB/GYN, and one of the fiercest advocates for women’s health. Now, in The Menopause Manifesto, Dr. Jen Gunter brings you empowerment through knowledge by countering stubborn myths and misunderstandings about menopause with hard facts, real science, fascinating historical perspective, and expert advice.

OB/GYN, writer for The New York Times, USA Today, and Self, and host of the show Jensplaining, Dr. Jen Gunter now delivers the definitive book on vaginal health, answering the questions you’ve always had but were afraid to ask—or couldn’t find the right answers to. She has been called Twitter’s resident gynecologist, the Internet’s OB/GYN, and one of the fiercest advocates for women’s health…and she’s here to give you the straight talk on the topics she knows best.

Why Couples Fight by Mira Kirshenbaum

Bestselling author and relationship expert, Mira Kirshenbaum examines power dynamics in relationships and teaches couples her three-step method for ending their power struggles and finding their way back to love.

What to Eat When You Want to Get Pregnant by Dr. Nicole Avena

Dr. Nicole Avena—nutrition expert and author of What to Eat When You’re Pregnant—presents the preface to that guide, new revolutionary research on how nutrition impacts the ability to conceive and offers a 4-week plan to get readers on the path to parenthood.