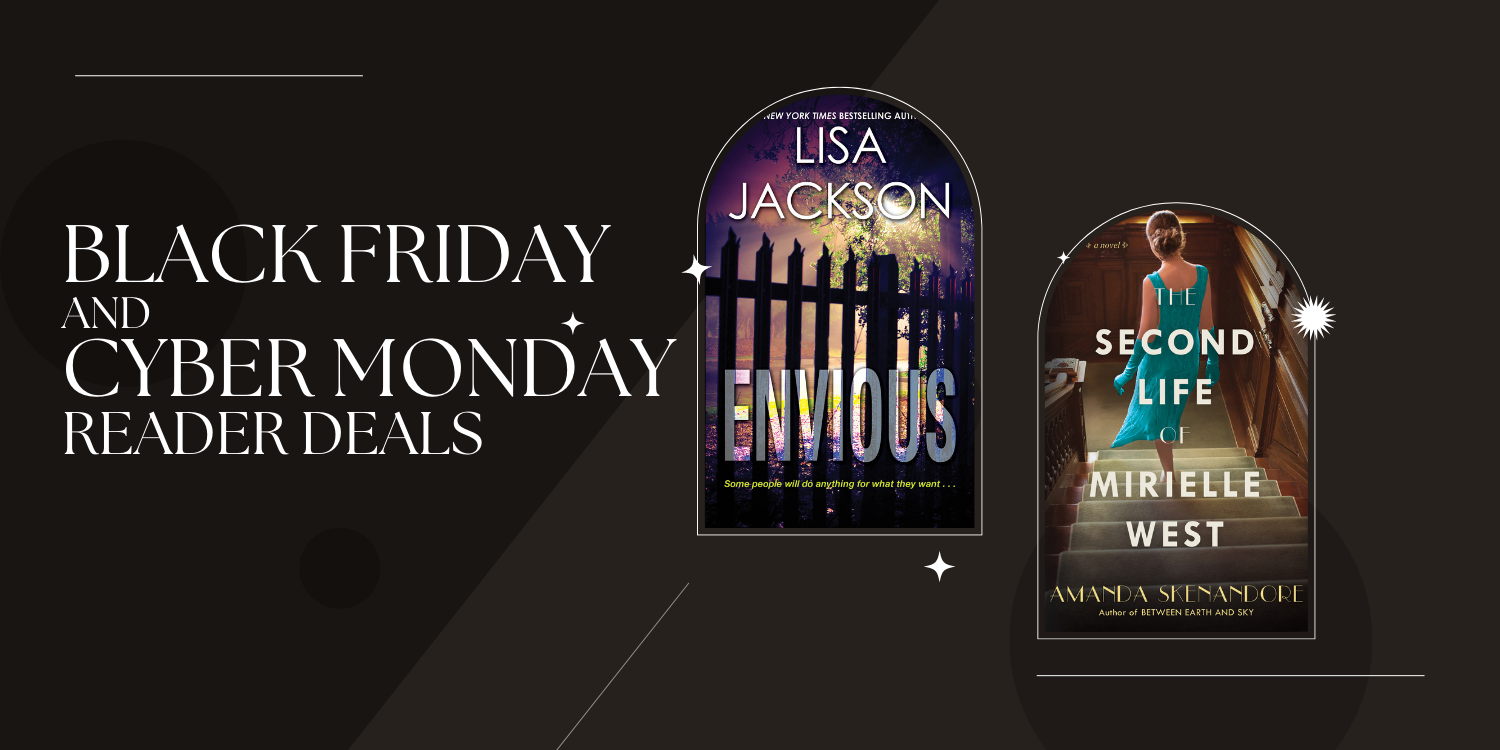 Put your feet up and relax with a pick from one of our Black Friday or Cyber Monday deals. We’ve got a great batch of eBook deals for each day, but don’t sleep on these discounts because they’re each only available for one day!

The Second Life of Mirielle West by Amanda Skenandore

Murder at Wakehurst by Alyssa Maxwell

For fans of HBO’s The Gilded Age, explore the dark side of the alluring world of America’s 19th century elite in this gripping series of riveting mysteries. For fans of Rhys Bowen comes the new mystery from acclaimed author Alyssa Maxwell, as she takes readers to the turn of the century mansions of famed Newport, Rhode Island . . . where not all is always golden and murder turns a successful reporter into a part-time amateur investigator . . .

On the eve of Victorian England, Charles Dickens and Kate Hogarth must solve the murder of a spinster wearing a wedding gown in Kate Redmond’s captivating A Dickens of a Crime mystery series. . .

Murder at the Christmas Cookie Bake-Off by Darci Hannah

Tucked away inside an old lighthouse in Beacon Harbor, Michigan, bakeshop café owner Lindsey Bakewellis ready to make her first Christmas in town shine bright. But her merry plans crumble fast when murder appears under the mistletoe . . .

A Duke, the Lady, and a Baby by Vanessa Riley

In the tradition of her New York Times bestsellers Revenge, Ruthless and Backlash, Lisa Jackson’s fourth omnibus collection combines a previously published Silhouette trilogy focusing on three sisters living in a small Oregon town and shadowed by secrets from the past. Out of print for over 30 years, these novels of passion and homecoming are now revived for today’s readers.