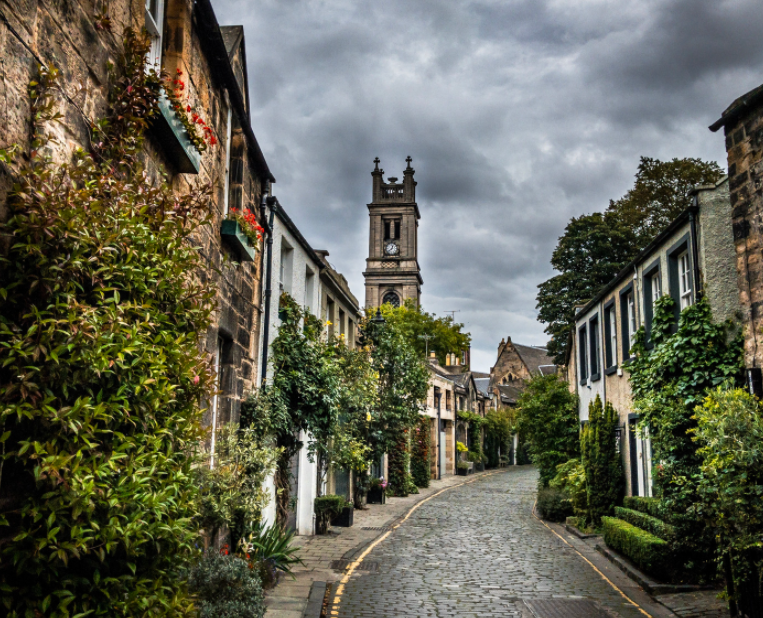 My current historical romance series is set primarily in Scotland. So, what does that mean for me as an author? Research, of course. In the best-case scenario, some of that work would be done “on the ground.” I would join legions of other tourists, er, researchers, in strolling through magnificent Edinburgh or hiking the gorgeous hills of the Highlands. The famed whiskey trail would be a requirement, since I had the foresight to create heroes who, when they aren’t hunting down villains or romancing fair lassies, open a distillery.

When it comes to essential research like how to brew a fine batch of whisky, I will leave no glass unfilled.

Scotland has been a prime draw for tourists for about 200 hundred years. Before that, it was considered something of a backwater.  But thanks to Sir Walter Scott, famed poet and novelist, this view changed in the 19th century. Sir Walter’s lifelong passion, reflected in both his novels and poetry, was to promote Scotland’s storied past, especially the Highlands. While not particularly accurate in their depiction of history, his books generated a fascination with the colorful traditions of the Highlands, a fascination shared by King George IV.

In August of 1822, King George made a state visit to Edinburgh. This historic trip was intended to heal the wounds caused by centuries of warfare, and the harsh repression of the Scottish national identity by the British. As chairman of the Celtic Society of Edinburgh, dedicated to promoting traditional dress and customs, Sir Walter Scott was perfectly placed to serve as the go-to guy in planning the great spectacle.

A variety of events portrayed Scotland as a land of cheerfully loyal Highland clans and a glorious past. Under Scott’s guiding hand, it was an extravaganza, with state processions, fancy-dress balls, and formal receptions designed to entertain the king and the locals. Thanks to the king’s visit—and Sir Walter’s planning—Scotland soon became a favorite destination for the English traveller, eager to sample the beauty and myths of the Highlands.

Well, this modern Canadian traveller has also been chomping at the bit to sample the beauties (and beverages) of Scotland, and I had planned such a trip for November 2020. We all know what happened next—sadly, no one in 2020 was going anywhere.

Thank goodness for the Internet, because I became the classic armchair traveller and researcher. I spent dozens of hours of hours peering at on-line maps of Scotland and Edinburgh, or trying to figure out what Glasgow streets actually existed in 1823, or how long would it take for my characters to journey from Destination A to Destination B (on very bad roads). And I’ll admit to a wee bit of frustration in the process, and a strong desire to actually see the places I was depicting in my books.

Then, by chance, I stumbled upon the most BRILLIANT way to do research—hire your own personal tour guide! A company called Beamz, using the wonders of modern technology, offers live action tours of dozens of worldwide locations, all from the comfort of one’s office chair and computer. It is truly the coolest research tool I have ever used, since I could tour everywhere from Edinburgh Castle to the Scottish Highlands in real time, and with an experienced guide. Google Earth, step aside! Now I can actually “walk” down a dark alley in Edinburgh and imagine what it would be like for my hero to be trapped in such a setting, and how he would fight his way out of it.

So, thank you to Beamz! You made the research a lot more informative and fun. Still, I anxiously wait for the day when I can actually board a plane and fly off on a real adventure to Scotland, castles, Highlands, and all.

Vanessa Kelly’s USA Today bestselling series featuring the men of the Kendrick Clan–and the women who claim their hearts–dazzles with passion-filled adventures set against the wild, lush backdrop of the Scottish Highlands. In this irresistible fourth installment, the most respectable of the Kendrick brothers meets his match in an Irish aristocrat’s scandalously independent daughter…

Miss Kathleen Calvert may be the daughter of an Irish aristocrat, but she has no intention of acting like one. All she desires is to return to her family’s estate to raise horses and manage her father’s magnificent gardens. But when a scandal threatens her reputation, her parents order her to a remote Scottish estate, hoping she will finally learn to behave like a proper lady. To make matters worse, her escort is a handsome Highlander who just happens to be the most boring man in all of Scotland…

After a youth of dangerous and wild escapades, Grant Kendrick surprised his family–and himself–by becoming a successful businessman and the most respectable Kendrick brother. But does that matter, when the beautiful and free-spirited Kathleen deems him a stodgy bore? Luckily, he gets the chance to prove her wrong when their carriage is ambushed by thieves. But it will take all his ingenuity to protect the beautiful lass who has stormed her way into his heart–and to convince her that a life with him will be a love-filled adventure…