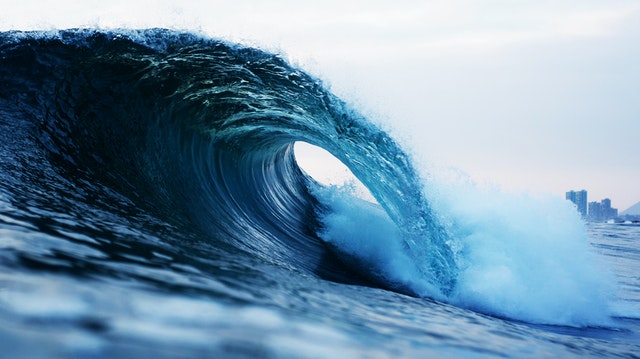 The Embraced/Embraced by Magic series features a strong cast of amazing heroes and heroines whom we have all come to love. The five sisters are resourceful and clever, while their heroes are truly swoon-worthy. But what about the villains? Who are they? And how nasty could they be?

We’re introduced to the first villain, the Chameleon, in How to Tame a Beast in Seven Days. In that book, he scores a 9.5 on the Nasty Meter. Not only can he shift into any animal or human being, but he has the particularly naughty habit of slaying people so he can step into their shoes. By the end of the third book, Eight Simple Rules for Dating a Dragon, the Chameleon has murdered three kings, a prince from Eberon, the queen from Norveshka, and a few others who merely got in his way. All that causes his score on the Nasty Meter to increase to 9.8.

What is especially frustrating about the Chameleon is his ongoing ability to escape capture and even death. So in the newly released book, The Siren and the Deep Blue Sea, the Chameleon is still there, wreaking havoc and destruction in his quest to rule the world of Aerthlan. But now,readers will finally learn who exactly the Chameleon is! And when they do, his nefarious deeds in the past will take on new meaning and shoot him up the Nasty Meter to over 10 points. This guy needs to die! Certainly, most readers are wishing he was already dead, but the only way to get rid of this particularly nasty villain is by calling on an Embraced hero who has the same skill set that the Chameleon does—Brody. To read the final battle between Brody and the Chameleon, you’ll have to read The Siren and the Deep Blue Sea!

But the Chameleon is not the only villain our heroes and heroines must contend with. In How to Tame a Beast in Seven Days, we meet Lord Morris, chief counsel to the Eberoni king and head priest of the Church of Enlightenment. Lord Morris is the one in Eberon who has been collecting Embraced babies to have them executed. He also has a giant network of priests (spies) all over the world of Aerthlan who are loyal to him. In Eight Simple Rules for Dating a Dragon, we learn that Lord Morris is a member of the Circle of Five, a secret organization dedicated to taking over the world of Aerthlan. The good guys figure two members of the Circle of Five are the Chameleon and Lord Morris. While Morris may not seem as scary as the Chameleon, he does wield a huge amount of power with his giant network of spies who are willing to commit suicide rather than spill any secrets. Morris still ranks fairly high on the Nasty Meter, coming in at 9.6, because baby killer!!

In How to Love Your Elf, we learn the identity of a third villain and third member of the Circle of Five: General Caladras. He’s in charge of the elfin army in Woodwyn, and he’s been using the army to prolong a contrived war with Norveshka and make raids on Eberon. His goal is to keep the death and destruction continuing in order to weaken those countries so the Circle of Five can take over. Caladras doesn’t care how many casualties there may be, even elfin casualties. He orders his soldiers to raid nearby elfin villages for supplies and destroy any village that doesn’t comply. In cahoots with the evil Princess Jenetta, he sneakily murders her two older brothers (and heirs to the throne) while the princes are serving in the army. Once Caladras gets control of Woodwyn, he plans to kill Jenetta, too. And naturally, he’s also trying to kill the hero and heroine of How to Love Your Elf. For being an all-around nasty villain who doesn’t care how many dead bodies pile up while he pursues his quest for power, he scores 9.7 on the Nasty Meter. Thankfully, he died in the final battle of How to Love Your Elf.

But before that final battle in How to Love Your Elf, readers learn a surprising twist about Lord Morris, our second villain. Somewhere along the way, he realized that killing Embraced babies was not a good strategy. (How kind of him!) Instead, he started collecting the Embraced babies so the Circle of Five could create an Embraced army that was loyal to them. Once captured, Lord Morris commits suicide to avoid being tortured into revealing the location of the Embraced army. But he can’t help but taunt the good guys that they are doomed once the Embraced army makes its move. For ending with a particularly nasty bang, Lord Morris goes up the Nasty Meter to 9.8.

Four sisters have become queens, rulers of all that Aerthlan’s two moons embrace. The last sister will forge her own path . . .

Raised on the magic-seeped Isle of Moon, Maeve is used to unusual powers—and the way they fuel the politics of her world. But when she discovers an ability to shape-shift at will, she knows who she wants to share it with first. Brody, the enigmatic, infuriating shifter-spy has always made time for Maeve. But it’s been almost two months since she’s seen him. And though no one else believes Brody is in danger, Maeve is more than ready to rescue him herself.

The rumors Brody’s investigating are terrifying: a secret army of magic-users, in the service of the cruel Circle of Five. But when he uncovers the identity of one of the Five, the mission becomes personal. Cursed as a boy by the Sea Witch, Brody can spend only two hours a day in his human form, a restriction that limits his future and muzzles his heart. Plus Maeve teases him for being such a pretty doggy instead of appreciating his manly charms. To win his freedom, he must take on a terrible disguise. And when Maeve finds out, she’ll unleash a tempest like no other . . .