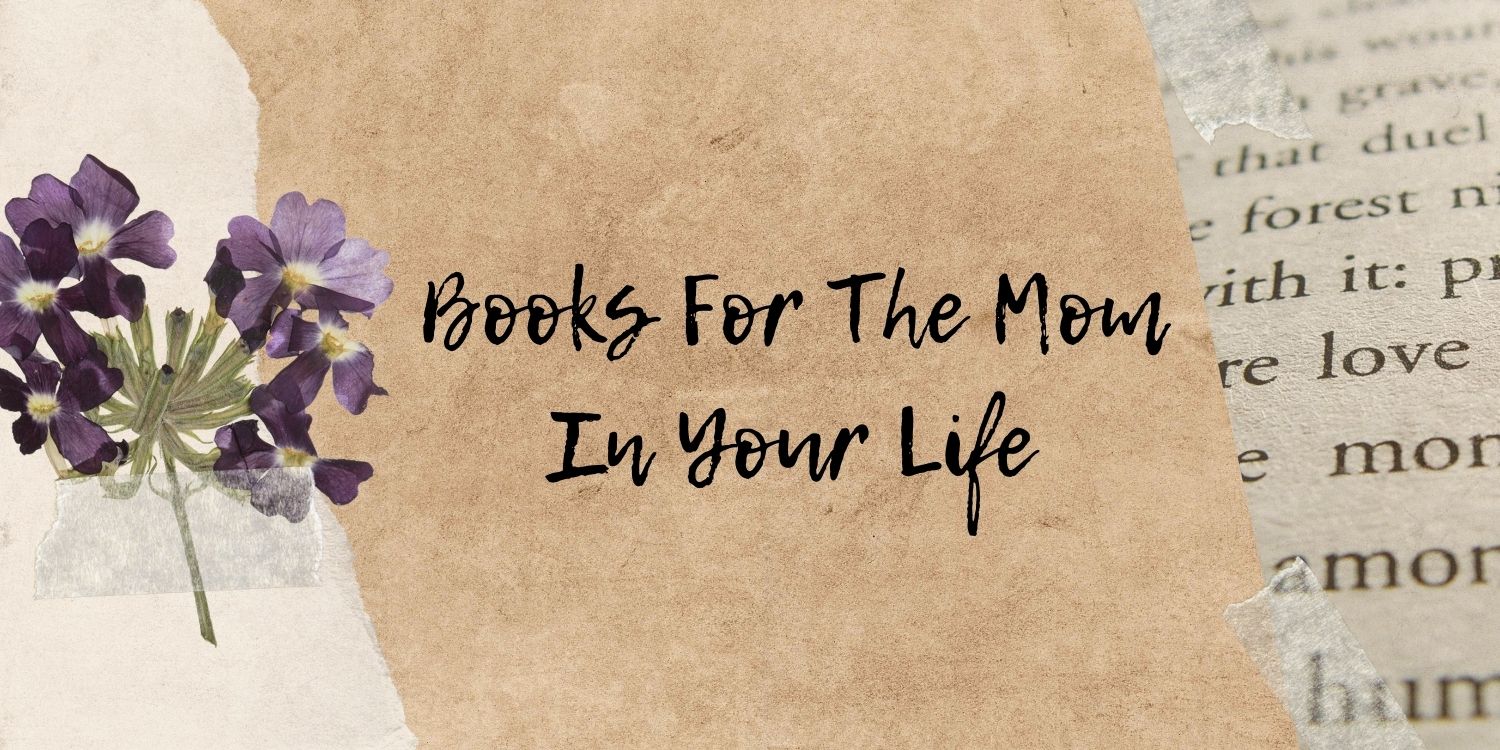 No matter the genre, we have some book recs for the mom in your life! Or, the mom who’s looking to treat themselves.

The Mom Who Loves Swoon-worthy Reads

An Earl, the Girl, and a Toddler by Vanessa Riley

Surviving a shipwreck en route to London from Jamaica was just the start of Jemina St. Maur’s nightmare. Suffering from amnesia, she was separated from anyone who might know her, and imprisoned in Bedlam. She was freed only because barrister Daniel Thackery, Lord Ashbrook, was convinced to betray the one thing he holds dear: the law. Desperate to unearth her true identity, Jemina’s only chance is to purloin dangerous secrets with help from The Widow’s Grace—which means staying steps ahead of the formidable Daniel, no matter how strongly she is drawn to him . . .

In one life-changing windfall, Rosamund Jameson goes from struggling shopkeeper to heiress—and co-owner of a new business. Not only will her sudden fortune allow her to move her millinery shop to fashionable London, but Rosamund will be able to provide her younger sister with a proper entry into society. The only hitch for resourceful Rosamund is her arrogant, infuriatingly handsome business partner…

The Most Eligible Viscount in London by Ella Quinn

Viscount Gavin Turley is convinced that love matches cause nothing but trouble. Still, after months of courting, he’s fallen for Miss Georgie Featherton. He’s passionate about her, in fact. But words of love are not an indulgence he will allow himself. When he presents Georgie with his marriage proposal, he will lead with his head—not his heart. His qualifications as a husband are excellent, after all. What could go wrong?

Murder in the Cookbook Nook by Ellery Adams

Virginia is for lovers—and Storyton Hall is its best vacation spot for lovers of books. The big event this summer at Jane Steward’s resort is A Bookish Cook-Off. It’s a blend of the literary and the culinary—but someone’s headed for the mortuary…

The criminally delicious ninth installment in Joanne Fluke’s New York Times bestselling Hannah Swensen Mystery series is now in trade paperback with a fun, fresh look! Hannah is busy juggling whipping up treats for the chamber of commerce booth at the Tri-County fair and judging the baking contest. But when Hannah discovers a fellow bake contest judge dead alongside an upended key lime pie, it’s up to her to find the murderer before a carnival ride could be her last…

Emily’s sister Esther Esh isn’t the only surprise baby shower guest. A mysterious Amish woman confronts Emily claiming to know about her secret shame—the child she had as a teenager who was given up for adoption. The stranger vanishes before Bailey could find out who she was and if she knew what happened to Emily’s first baby. Later that evening, the woman reappears—dead in Esh Family Pretzels, with a threatening letter written by Esther found on her body.

The One Who Loves Twists and Turns

Hold Back the Night by Sean Lynch

If you think you’re scared now…wait until dark.

In the icy heart of Alaska, a series of gruesome murders leads U.S. Marshal Arliss Cutter and deputy Lola Teariki into a firestorm of searing corruption, clashing cultures, and bone-chilling fear in the third adrenaline-filled installment from Marc Cameron, the bestselling author of the latest Tom Clancy, Jack Ryan novels…

No Way Out by Fern Michaels

Ellie Bowman barely remembers the incident that put her into a coma. When she awoke, filled with unease, all she knew for certain was that her boyfriend, Rick, was missing. She knew she needed to get away from her old life and recover in safety. With the proceeds of a video game she helped develop, Ellie starts over in rural Missouri, working from her cottage and trusting no one except her friend and business partner.

But when Ellie hears that Rick has resurfaced, her nightmares return, and with them, small snippets of memory. No one has heard from Rick since before the incident, so why is he back now? Ellie wants to move forward with her life, but first she must find the courage to look into her past, no matter what she finds there . . .

Maggie has always been the paler, quieter version of her wild and glamorous sister. Mary Theresa, adopting the name Marquise, has become a TV star, while Maggie is building a new life in small-town Idaho after her husband’s death, and wrangling a resentful teenage daughter. But when Mary Theresa disappears, their connection reignites, and Maggie knows with certainty that her twin is in real danger.

Thane Walker, the man Maggie loved until Mary Theresa lured him away, is her best hope of learning the truth—if Maggie can bring herself to trust him. But the deeper she digs, unraveling the layers of her sister’s life, the more she discovers about her own complicated past. A legacy of deceit and betrayal has brought Maggie within a hair’s breadth of a killer—one intent on revenge at any price . . .

From the USA Today bestselling author of The Long Flight Home… Recruited from Churchill’s typing pool to become an undercover spy in German-occupied France, a young woman from London bravely endures daring missions, audacious escapes, and harrowing imprisonment in a Nazi concentration camp, risking everything for the country—and the man—she loves.

Jazz-age Chicago comes to vibrant life in Denny S. Bryce’s evocative novel that links the stories of an ambitious 1920’s chorus girl and a modern-day film student, both coming to grips with loss, forgiveness, and the limitations—and surprises—of love.