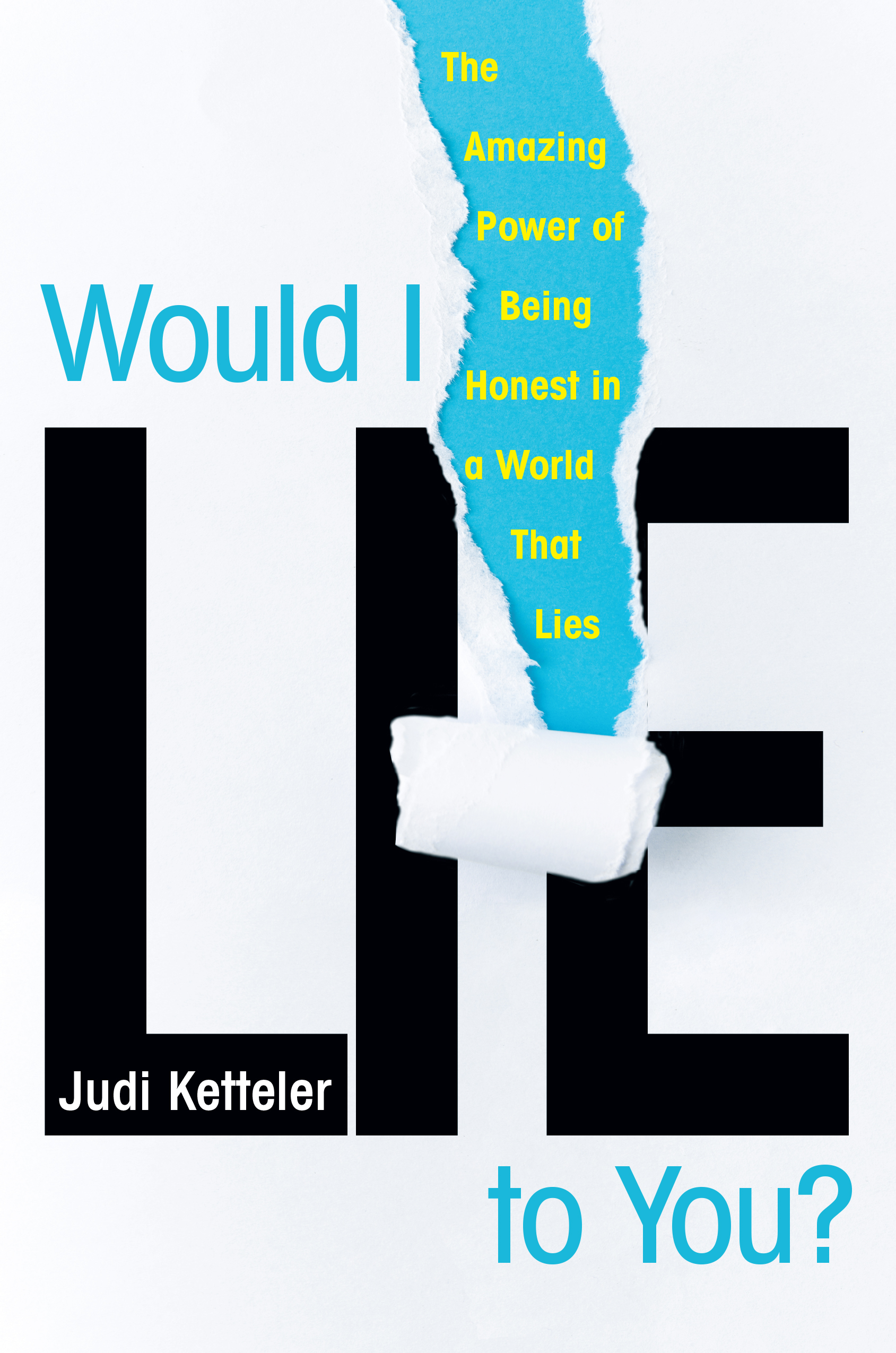 Make a New Year’s resolution to be more honest, and use these 5 tips from Judi Ketteler, the author of a new book about the power of honesty, to help you stick with it.

Looking for a different kind of New Year’s resolution? Well, if you’ve caught yourself saying, “It’s like the truth doesn’t even matter anymore!” or “Everyone is so dishonest,” it might be time to turn the lens inward and focus on your own honesty. Not only can it improve your relationships and help you feel less internal conflict when sticky situations arise, concentrating on your own honesty is a wonderful way to create positive change in an increasingly dishonest world.

When I resolved to be more honest a few years ago, the first thing I did was open a Google document, title it “honesty journal,” and start writing down my honesty choices throughout the day. I was overwhelmed by how much I hadn’t noticed, how many rote answers I was giving to questions my children asked, what I was posting on social media, and how many times I fudged little things here and there—things that didn’t necessarily matter, but I wasn’t paying much attention to them.

The benefit of writing something down is that it helps you reflect on it at least five times. First, you have the experience, perhaps during a conversation or digital exchange with someone. Two, you make a note in your brain that you’re going to write about it in your journal. Three, you write it down in your journal. Four, you re-read what you’ve written in your journal after you write it. Five, you think about it again when you reflect on what you wrote that day. Then, if you’re like me, you re-read the entry several times and continue to think about it in the days and weeks that follow. Before you know it, you may have reflected on a situation more than a dozen times—a situation that before would have slipped by with barely an acknowledgment. This is how awareness of your honesty choices can build.

I admit, the thought of being honest with people scared me at first. But more often than not, it was a positive experience rather than a negative one, and I was often surprised at how freeing it felt. As it turns out, that’s a common experience.

As part of a research study, Emma Levine, assistant professor of behavioral science at the University of Chicago Booth School of Business, and Taya Cohen, associate professor of organizational behavior and theory at Carnegie Mellon University’s Tepper School of Business, asked people to predict how it would feel to be honest in all encounters, with everyone, for three days. People dreaded it, predicting it would be miserable and most likely ruin their relationships if they couldn’t use lies to cover up awkward situations. But you know what? They were wrong. Honesty actually made them feel more connected in their relationships. They feared rejection, but in many cases, found liberation.

So often, we conflate expressing what we truly need or telling someone that we’re not interested with rudeness, so we spin little stories or drop hints instead of just saying the thing we want to say. Through focusing more closely on my interactions with people, I saw how often I did this. In her book, You’re the Only One I Can Tell: Inside the Language of Women’s Friendships, Deborah Tannen talks about the tendency women sometimes have to use indirect communication, or talking around things. (She gives the example of saying, “This pace is kind of fast for me” to her friend who was hiking too fast. Her friend simply responded, “This pace is fine,” and didn’t slow down. Tannen should have just said, “Please slow down.”)

As you’re focusing on being more honest, inevitably, you will run into situations where complete honesty is not the right answer. Let’s say a friend notices you eying her new purse and she begins gushing about how much she loves it. If you don’t love the purse—like maybe you actually hate it and do not understand why anyone would pay $250 for such an ugly sack—telling her that would make you a jerk. That honesty simply isn’t needed.

But what if she asks you directly, “Don’t you just love it?” That’s where the sidestep comes in, which is a concept Lizzie Post, great-great-grandchild of etiquette queen Emily Post and co-president of the Emily Post Institute, explained to me. With a sidestep, you focus on keeping the interaction positive, while still saying true statements, like “It looks like it will hold everything you need,” or even a more general positive statement, such as “I love it when I buy something new I really like” or “I love having a new purse.”

One of the best parts of focusing on honesty is that people around you tend to notice, and it rubs off on them in a good way. In fact, I suggest that you explicitly tell people you are focused on being more honest. Not only does this help you stay more accountable, it makes others start paying attention, too. You quickly become “the honesty person,” and others want to follow suit.

Also, as a parent to two kids, ages 9 and 11, focusing on honesty helped me be more present and more fully engaged when they asked me hard questions. Knowing that I would do my best to answer their questions honestly helped them trust me even more. It gave them courage to talk to me about things, as well as a framework for their own honesty choices.

Take your honesty journey one day at a time. If you have an honesty fail—which you inevitably will—take a deep breath and correct it when you have the opportunity. While some days will be challenging, you will find that you can more easily avoid the landmines that tend to clutter our conversations. And the relief and freedom that comes with no longer pretending and getting caught up in everyone else’s dishonesty is its own reward.

We all want the truth, don’t we? In fact, we demand it. We divorce spouses who withhold it. We insist our children practice it. We’re hurt when our friends don’t divulge it. We’re incensed by politicians who invent it. But when it comes to our own behavior, how often do we transgress? Out of diplomacy, kindness, sympathy, and privacy we don’t always tell the truth. Yet we often barely notice. So, what happens when we do notice? When we truly focus on the decisions we’re making around honesty? When we view our entire life through the lens of honesty?

Award-winning journalist and New York Times contributor Judi Ketteler looked at her Facebook page and saw a content mother, a generous friend and sister, a good daughter, and a wife with a happy marriage. It wasn’t quite the whole story though. In thinking about all the truths she wasn’t revealing, Judi realized that the line between truth and deception was beginning to blur. How often had she herself paltered, exaggerated, concealed, side-stepped, or spun the truth? To answer that question, Judi started her “Honesty Journal.” She set out to get to the bottom of her complicated relationship with honesty and confronted her perennial fear of speaking the truth in social situations, among friends, in the workplace, with her kids—and finally, inside her complicated marriage. Blending her personal journey with the latest research into the psychology of deception, Would I Lie to You? is a timely consideration of the joys and pains of truth in a world that seems committed to lying.