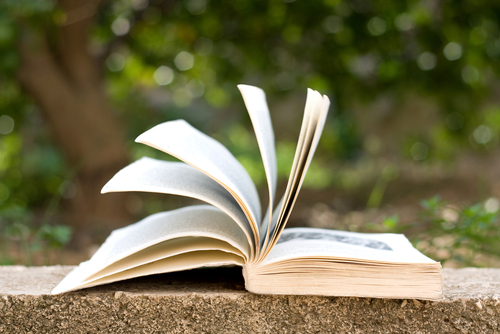 Dear reader, I have absolutely fallen in love with the series Bridgerton on Netflix. Shonda Rhimes beautifully adapts the bestselling regency-era novel and turns it into a sensual, surprising, and addictive drama about greed, power, lust—and, of course, love. It follows two of London’s greatest catches of the season, who form an alliance and concoct a faux courtship to fend off the meddlesome and match-making mothers of the ton. Overflowing with superb costuming, captivating characters, and witty and tender banter, this inclusive, marathon-worthy drama, is packed with twists and turns that will leave viewers clamoring for more.

With season 2 yet to be announced, where can one get the next swoon-worthy romance fix? A longtime fan of historical romances, I have put together a book list to help with your next read.

Garwood is one of my all-time favorite historical romance authors, and my gateway to historical romance. Honor’s Splendor is my favorite of Garwood’s books, which is full of greed, power, vengeance and betrayal, where a lady, looking to escape the cruel hands of her guardian brother, finds common ground with Baron Duncan of Wexton, a prisoner of her brother’s. They create an alliance–she will help the Baron escape if he will take her back to his castle and protect her. Lady Madelyne is determined to belong to no man. Wexon has decided that she belong to him. Not just for her beauty, but because he will use her as a pawn to avenge his brother’s death. Soon a marriage of convenience turns into a marriage of love as the Baron must prove his honor and defend his castle and his wife from her ruthless and abusive brother. If you are looking for a historical romance set in a different era, with the backdrop of 1099AD, Lady Madeline and Wexton’s love story comes as highly recommended as Jane Austen.

Speaking of Jane Austen, to me, there is no hero more swoon worthy than Mr. Knightley, and no romance as heartfelt as Austen’s Emma. It was the first of Austin’s books that I read, and I was immediately drawn in by the elegant descriptions, family dynamics, and often humorous relationship of Emma and Knightly. Much like Lady Whistledown, Emma is ever the busybody, inserting herself in everyone’s business. Determined to find her best friend a husband, Emma leaves a handful of suitors in her wake as she unknowingly presents herself as the one set upon marrying. But when her friend develops feelings for Emma’s brother-in-law,  she realizes that she is in love with Mr. Knightley. I highly recommend reading the book before watching either of the two wonderful film adaptations, the 2020 versionstarring Anya Taylor-Joy and Johnny Flynn, or the 1996 movie starring Gwyneth Paltrow and Jeremy Northam, which is one of my top ten favorite movies of all time.

The Worthingtons series by Ella Quinn

One of the most entertaining elements of Bridgerton is the loving mayhem surrounding the large and loyal Bridgerton clan. With four brothers and three sisters, there is never a dull moment in the Bridgerton house. The Worthingtons share the same fierce love for each other and the same habit of creating chaos. Staying true to the history and issues of the day, Quinn weaves fantastic family dynamics around the core romance of each of six siblings as they search for love. My favorite novel of the series, You Never Forget your First Earl, follows a British aristocrat who is in need of a wife to maintain his post, except, much like Daphne, the woman he chooses isn’t seeking wealth, but love.

A Duke, the Lady and a Baby by Vanessa Riley

Daphne Bridgeton is in a fight for her heart. The belle of every ball of the season, she is determined to keep her parents’ beautiful legacy alive and marry for love. Yet her appointed guardian, the eldest and most stubborn Bridgerton brother, sabotages her efforts as he promises her hand to the loathsome Nigel Berbrooke. While Daphne is saved from the shackles of Nigel’s control, Patience Jordan in A Duke, the Lady, and a Baby, isn’t so fortunate.  The West Indian heiress loses her British husband, her newborn and her freedom in one swoop, as she is wrongfully imprisoned of her husband’s murder. She is released into the care of the Duke of Repington, her late-husband’s cousin, who is determined to get to the bottom of his cousin’s death. Only he is distracted by the plainspoken and alluring heiress, whose courage and candor further complicate matters, until the Duke finds himself caught between his duty and his heart’s desires.

A Night to Surrender by Tessa Dare

If the independent and inquisitive Eloise Bridgeton is your kind of heroine, then you will love the spirited Susanna Finch—a resident of Spinster Cove, a refugee for single women looking for a life outside the confines of marriage and babies. When the recently appointed Earl of Rycliff arrives at his family’s village, all he finds are spinsters. With strict instructions to gather a militia, a job more suited to a soldier than an earl, he finds himself sabotaged at every turn. Between the flocks of roaming sheep and the village’s self-appointed savior, Susanna, a simple task becomes a battle between the sexes. May the best earl or lady win.