The Train Disaster that Changed America

The first book to examine the rarely-acknowledged Waverly Train Disaster of 1978 – the catastrophic accident that changed America forever and led to the formation of FEMA. Coinciding with the 45th anniversary of the event, WALK THROUGH FIRE is a tribute to the first responders, as well as an examination of the strengths and vulnerabilities in rural America.

On the night of February 22, 1978, a devastating freight train derailment drastically altered Waverly, Tennessee, and its place in history. This was one of the worst train explosions of the twentieth century, killing 16 people, injuring hundreds more, and causing millions of dollars in damage.

What could have been dismissed as a single community's terrible misfortune instead became the catalyst for radical change, including the formation of FEMA, much-needed reforms in emergency response training, and the creation and enforcement of national and state safety regulations. Response to the disaster reshaped American infrastructure and laid the groundwork for the future of emergency management and disaster relief . . . and yet most Americans have never heard of Waverly.

Dr. Yasmine S. Ali, an award-winning medical writer and Waverly native, sets out to change this in WALK THROUGH FIRE, drawing from over a decade of meticulous research and interviews with survivors, first responders, and other firsthand accounts, including those of her own parents, first-generation Americans who were on call at the local hospital that treated the victims. Ali weaves a compelling narrative of small-town tragedy set against the broader backdrop of U.S. railroad history, rural healthcare, and other elements of American infrastructure that played a part in the creation—and the aftermath—of the Disaster.

A tribute to resiliency and a call to action, WALK THROUGH FIRE tells the harrowing story of the Waverly Train Disaster from the perspectives of those who survived it, and those who still feel its impact today, illuminating how much a nation still has to learn from one small town in Tennessee.

“The Waverly Train Disaster which happened just minutes away from where I live, was one of the worst events ever to happen to the people of Waverly, many of whom I have been honored to know, and this amazing story of how they dealt with it has important lessons for all of us. Like me, Dr. Yasmine Ali is from this part of the world and this book shows her dedication to sharing and honoring the history of her hometown." —Country Music legend LORETTA LYNN

"A poignant account…. The incident served as a catalyst for the Federal Emergency Management Agency and other regulations, but the book's greatest strength are the intimate accounts from first responders, including the author's father, a trauma surgeon, and mother, an internist, who were on staff at Waverly's Nautilus Memorial Hospital. ….Ali vividly captures how quickly the community came together in the face of disaster. This is a fitting tribute to everyday heroes." —Publishers Weekly

Advance Praise for Walk Through Fire

“A poignant account….  The incident served as a catalyst for the Federal Emergency Management Agency and other regulations, but the book’s greatest strength are the intimate accounts from first responders, including the author’s father, a trauma surgeon, and mother, an internist, who were on staff at Waverly’s Nautilus Memorial Hospital.  ….Ali vividly captures how quickly the community came together in the face of disaster. This is a fitting tribute to everyday heroes.” —Publishers Weekly

“Walk Through Fire captures a pivotal, life-altering moment in history that forever shaped our policy and our government, and crystallized the irreplaceable role of the community hospital. Dr. Yasmine Ali gives voice to the small-town heroes who overcame unimagined adversity when the lives of their neighbors and loved ones were on the line.” —Former U.S. Senate Majority Leader Bill Frist, MD

“Using first-person accounts, local documentation, and primary-source research, Walk Through Fire is a riveting in-depth examination of a deadly 1978 tank car explosion that devastated a city and triggered sweeping changes in the railroad industry and in emergency response.” —Carl Swanson, editor Trains magazine 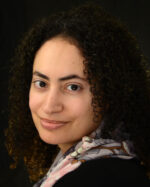 Reading Refresh Challenge, Books With History You Might Not Know